What’s in fashion on Style? 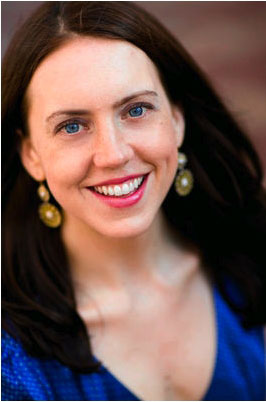 Style is the sister channel to E! Entertainment and part of the Comcast group of channels. A round-the -clock network in the US it is now being rolled out as a fully-fledged channel in international markets. VP, Programming & Acquisitions Katie Buchanan talks to TBIvision about the network’s programming needs and strategy.

What’s your target demo?
It’s 18-to-49-year old females and specifically 27-to-33-year-olds, who are out of school but might not have a family yet. We also want to capture people that are engaged and getting married.

What type of shows work on the network?
We have a lot of makeover shows, a lot of people do them, but they still work for us. We’re trying to turn the makeover format round with shows like Peter Perfect with Peter Ishkhans from producer 44 Blue. He’s a quirky British hairdresser who goes in and makes over people’s businesses.

What doesn’t work?
We’re not interested in food, we have had food programming and it hasn’t worked for us. Dating shows are also tricky for us.

Are you developing any scripted programming?
Style lends itself to great ideas for scripted, but we’re not there yet, we’re figuring out the business model. It might be that E! ventures out first and we can learn from them. On the acquisitions side we are looking at scripted.

Kimora: Life in the Fab Lane has been a hit, will there be a third season?
We haven’t made a decision yet, it comes down to a scheduling thing.

How about other celebrity fronted reality shows?
We’re trying to identify future talent. There are a couple of things we’re working on and we’re definitely looking for a companion show for Life in the Fab Lane.

Is wedding programming still important for the network?
Yes, but we’re also trying to expand. There are a lot of other female lifestyle networks getting more and more into the wedding category – it’s becoming a cluttered space so we want to broaden. Coming up we have Fat Free Fiances from Alison Grodner Productions, which will be part of White Wedding 2-week stunt in December. It’s about couples that have some weight to lose.

What else is coming up?
We’re looking to do some original specials with Martha Stewart. And there will be a couple of UK specials in the UK celebrity space and we’re looking at a couple of acquisitions including a countdown show on best dressed celebs. We also have Ruby from Gay Rosenthal Productions. It’s an 8x30mins show centred around obese women. It follows Ruby Gettinger on her journey to lose weight and it has a fun feel and comedic twists.

Do you want all rights for all territories?
We primarily want US rights. We’re after international rights if they are available but we wouldn’t break a deal if they aren’t. We’re always looking for high volume, high-profile shows.